As founding and longest-serving president of the society, Gordon Oed holds a very special place in NZCS history. For most of his presidency he taught Accountancy at Victoria University, but Gordon’s background is not that of today’s typical Academic. From school he joined the Post Office and rose from telephonist to head office accountant. His war service saw him working in ‘radio physics’, and with that combination of skills his interest in IT was almost inevitable. After ‘retiring’ from Victoria, Gordon went to Waikato University where he continued advocating his strong belief that IT should be primarily about Information and only secondarily about Technology.

Bernard wanted to be an accountant, and started as office boy with a Christchurch firm and studied part time. His performance was such that he won a scholarship to the London School of Economics, where he completed a PhD before returning to his old firm as a partner. After a stint in academia as Dean of Commerce at Canterbury, he co-founded Datacom. He was president of NZCS during the early years of the business, which had to wait until his term was over before making its first profit. 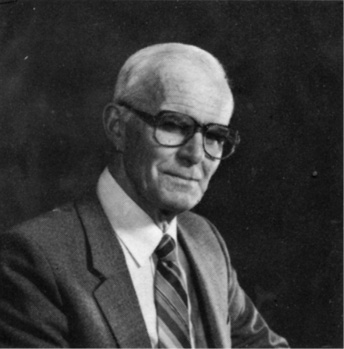 A Professor of Accountancy and Dean of the faculty of Commerce at Otago University, Tom was a founding member of NZCS and, with Tolmie Scoular, formed the Otago branch. He had the distinction of having membership number 1 (although the check digit made that less apparent), beating Brian Cox to it by virtue of a small lead in alphabetical order. Tom was noted for his sage counsel and forthright views. 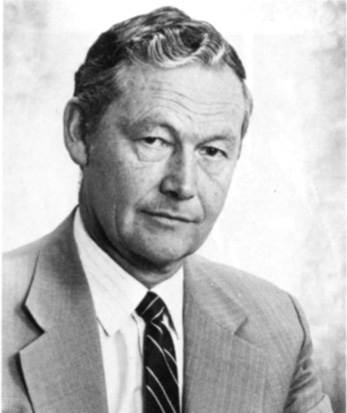 Arthur worked for NZI in Auckland.

A chemical engineer who once worked in a brewery, Perce discovered the excitement of computing while working in the paint industry. Perce was a real visionary and pioneering entrepreneur, starting the country’s first software development company in 1968 then pushing computer based learning through his own purpose-built Poly computer in the 1980s. Perce has long been interested in the potential of China as an export market. He remains an active member of the society, and a regular attendee at Wellington branch meetings. 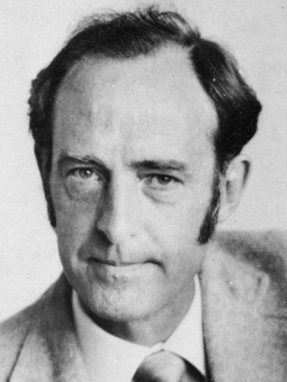 A long-time Professor at Otago University and early leader of New Zealand’s aca­de­mic Computer Science community, Brian comes from a well-known Dunedin family. Like many people, he came to computing from mathematics, and has always retained the attention to detail that a mathematical education produces. He played a major part in NZCS relations with overseas IT bodies, particularly the International Federation for Information Processing (IFIP).

From a farming background, a structural engineer who knows a lot about concrete, John had his first experience of computing while overseas at MIT (the one in Massachusetts) in the 1950s. When the Ministry of Works got its own computer system John became involved and managed the very successful Vogel Computer Centre. John was one of the 14 founding members of the society.

Graeme was the first chairman of the Auckland branch of the society. After a brief stay with the public service, where he found the rewards for creativity inadequate, Graeme joined IBM which suited him much better. His presidency coincided with serious concern among members about compulsory unionism. The Clerical Workers Union saw IT people as a major potential source of revenue and sought to have the salary bar, above which people did not have to be members, removed. NZCS even considered becoming a union itself, but decided that this was inappropriate for a learned society.

Tolmie was an accountant, although he could have been an engineer. A childhood encounter with polio slowed him down a little, but could not stop him doing anything he wanted to do. He is remembered for his immaculate suits and a flurry of walking sticks. Tolmie remained with one firm throughout his career, rising from office boy to senior partner, and developing a deep interest in computing on the way. 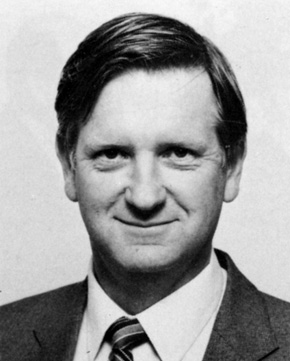 Doug worked for many years with Shell Oil, predominantly assisting Shell group companies get the most from their computing infrastructure, and other director-level roles. This position took him around the world, including London and The Hague. Later he took on a number of directorships including ACC, before retiring in Wellington. Doug also worked closely with the Institute of Directors and Institute of Chartered Accounting, including operating the Board Appointment Service for IoD until 2000, and serving on the Appeals Council of the New Zealand Institute of Chartered Accountants in 2005.

A man who likes doing things his own way, Bruce directed the Computer Centre at Canterbury University. He had gone there to teach mathematics and run the centre in 1961 after a time with IBM in New Zealand, previously doing government scientific work in England and Australia. After 20 years of this he decided to broaden his horizons and move back to the private sector for the rest of his career. 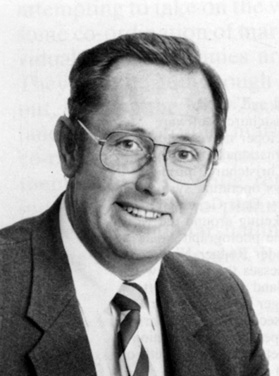 Bruce became involved with computing while working for Burroughs (now Unisys) in the 1960s. Starting with mechanical devices, he graduated to computers and was heavily involved with the installations at ASB and Auckland University. After periods with EDS and NZI, Bruce moved to PA Consultants. 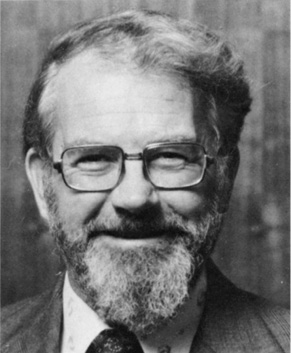 Ian worked for 30 years with IBM as a systems engineer and instructor. He joined the society in 1970 and served on the council for seven years. 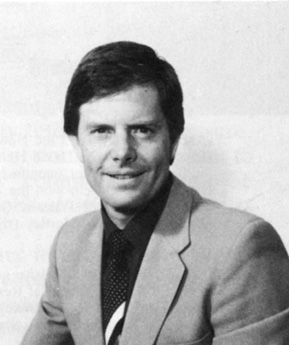 Chris was director of the Waikato University Computer Centre at the time of his presidency and had been chair of the Waikato branch. He also chaired the organising committee for the fifth New Zealand Computer Conference in Hamilton in 1976, and represented New Zealand on the International Federation for Information Processing (IFIP) from 1980–85 before being awarded an IFIP Silver Core ‘for Services to IFIP’. 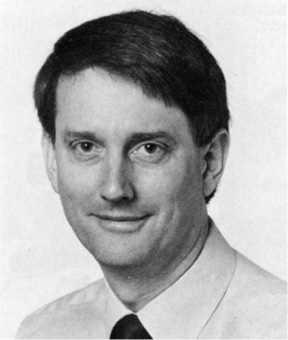 Martin’s presidency was characterised by quiet and gentle persuasiveness. One of the big issues that the society was concerned with at that time was the sale of personal information by businesses and local or national government (this was before the Privacy Act in 1993). Another Dunedin resident, Martin went on to become Director of Information Services at Otago University. Colin started life lecturing in chemistry and mathematics at Massey Agricultural College, but discovered computing while doing his PhD in analytical geochemistry. When he returned to New Zealand, finding that senior jobs were easier to find in IT than in chemistry, he took up a position at Massey University as Deputy Director of the Computer Unit. In the mid-’70s he moved to Victoria University as Director of the Computing Centre and stayed there for more than ten years, until he decided that there was more to life than the university and launched himself on a successful career in consulting.

While he was president Jim became famous for his regular morning slot on National Radio, which did a great deal to inform the public about IT matters and the NZCS. In those days he worked for Palmerston North City Council, but subsequently set up the government-inspired World Communications Laboratory, and then his company, The Networking Edge. Jim has also been active in the Internet Society (InternetNZ).

Like a number of his predecessors Phil was an accountant turned IT specialist. After periods with corporates and public sector organisations in information systems management roles he joined the ranks of the consultants in 1979 before becoming a partner with PricewaterhouseCoopers.

After working for the DSIR in Wellington, Philip disappeared from New Zealand for a time and returned with a PhD, and a sufficiently impressive CV to win a chair in Information Science at Otago University. He went on to become Deputy Vice-chancellor at AUT before resuming research full-time, directing a six country collaborative project in Geoinformatics, and currently splitting his time between New Zealand and Chile. Philip is best described as ‘irrepressible’.

Drew came to New Zealand from the UK to teach at Otago University. He later moved to Wellington and held a number of IS management and consultants positions. Drew’s presidency was a period of stability for the society.

Ian has a long association with NZCS. He was a national councillor in the 1980s and then made a comeback in the mid-1990s, and again in the 2000s. During his presidency Ian had a long-time interest in the use of IT in education and a powerful vision for the society. He has been a self-employed consultant for many years and is currently again serving on the NZCS national council.

Andrew worked for ICL (International Computers Ltd, later Fujitsu Services Ltd) in Eastern Europe and the Middle East, as well as in New Zealand, and can be fairly easily persuaded to tell of his adventures. He became self-employed after a restructuring and has never looked back. He now lives in Nelson, although spends much time overseas.

Gillian was the society’s first female president and brought a strong sense of business acumen and commercial experience to the role, having successfully traversed both the academic world (as head of Computer Studies at AIT, now AUT) and the commercial world. Gillian went on to serve as President of SEARCC, the South East Asia Regional Computer Consortium.

Mike has been involved in the Otago branch for many years and still sits on the branch committee today. Mike was the head of IT at the Dunedin City Council before moving to Director of ICT Services at the University of Otago, a role he still holds.

Bruce is a long-term shareholder in Ace Training Ltd, one of the largest IT training companies in New Zealand. Bruce has been a regular stalwart of the Auckland branch of NZCS and still regularly attends Auckland breakfasts and other events.

Richard’s engineering background led to a far closer relationship between NZCS and the Institution of Professional Engineers New Zealand (IPENZ), to the point of sharing the same building. Richard’s sense of humour and ability to spin a yarn, often to a dubious ending, led to his being a popular figure within Wellington’s NZCS community.

Don is a senior consultant in Wellington and is helping bring a new focus and direction to the society. Don is a strong advocate for professional certification and was elected to the role by the council with a mandate to establish certification in New Zealand.

Auckland-based Ray Delany was CEO of IT and software solutions provider Designertech and brought a strong pragmatism to the role. Ray was a trans­formational president and presided over a continuation of the modernisation and increased relevance of the organisation, including a name change from NZCS to the Institute of IT Professionals in 2012 (later to become IT Professionals NZ).

Ian Taylor is recognised as one of New Zealand’s leading Māori innovators and established three successful technology businesses from his base in Dunedin including Animation Research Ltd (ARL), one of the country’s most celebrated high tech companies. Ian was a strong advocate for increased participation of Māori in ICT, as well as ITP’s continual push on educational issues.

Mike Dennehy was the founding chair of the Tauranga branch and went on to join the national board as a board member, deputy president then national president. He made a huge contribution to ITP’s direction over a number of years. Mike’s clear focus on professional practice and strong business acumen contributed to a period of both growth and stablilty for ITP.

Anthony ‘Ants’ Dowling was appointed to the president role in late 2020, following a number of years on the ITP board and as deputy president. Following in the footsteps of a number of other presidents from Dunedin over the years, Ants comes from both a dev and start-up background.

← Epilogue
About the editor →